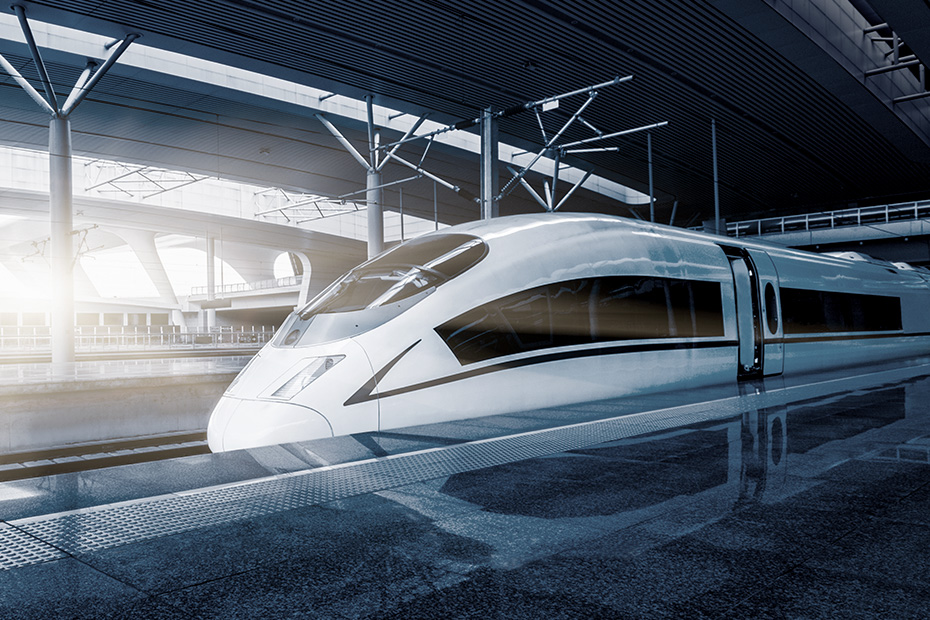 Ostfildern-Kemnat, Germany. The German government is planning for Germany to be climate-neutral by 2045, including the mobility sector. The nation’s railways are to play an important role in achieving this goal. With increasing traffic volumes in both passenger and freight transport, the issue of safety will also play an increasingly important role. In the event of a fire, for example, it must be possible to evacuate the train quickly and prevent or at least slow down the spread of the fire. For this purpose, European test standard EN 45545-2 specifies EU-wide fire protection requirements for the materials and components used in rolling stock. Specially designed potting compounds from WEVO-CHEMIE GmbH meet the highest requirements of this standard and can therefore be used for electrical and electronic components in rail vehicles and railway infrastructure.

Plastics are widely used in rail vehicles and railway installations, for example as insulating materials in transformers, capacitors, sensors, relays, insulators, printed circuit boards and batteries. In the event of a fire, the components and materials must meet certain performance levels defined by EN 45545-2. Categorisation into the three “hazard levels” (HL) essentially depends on the hazard that arises during a fire.

To this end, the standard takes into account, on the one hand, the operation category of the rail vehicle, which depends on whether the vehicle is travelling on open track or for example mainly in tunnels. In addition, the design category is also relevant as for example a freight wagon requires a lower level of fire protection than a double-deck passenger train. The location of the material or component, the exposed surface of the combustible material and the subsequent application – whether furniture, electrotechnical or mechanical equipment – also play an important role, as dangers may arise in the event of fire from flames, heat, smoke and toxic gases.

Accredited test institutes have examined the suitability of specially designed Wevo potting compounds for use in rail vehicles and railway infrastructure. Their findings: The polyurethane-based products WEVOPUR 552 FLX and WEVOPUR 67210 FL successfully fulfilled the highest performance level HL3 in requirement sets R22 and R23 (electrotechnical products for interior and exterior use in rail vehicles). Several other products meet performance level HL3 in R23 and HL 2 in R22, including an epoxy resin.

In order to meet the desired performance levels, Wevo has tested a wide range of formulations and raw materials during product development. “In line with the requirements of the standard, particular attention was paid to achieving a combination of low flammability, low smoke density and low smoke toxicity,” explains Andreas Arlt, Business Development Manager at Wevo. At the same time, in close cooperation with suppliers and OEMs from the world of railway engineering, the thermo-mechanical and dielectric properties have been optimised and easy processability ensured. “Furthermore, we have even realised positive impacts on the mechanical properties by using certain additives,” adds Andreas Arlt. “These include a lower coefficient of thermal expansion, higher tensile strength and higher thermal conductivity.”

All products are also self-extinguishing in line with UL 94 V-0. In addition, some polyurethane potting compounds have a United Laboratories (UL)-registered RTI value of between 130 °C and 155 °C – which means they can be used in class B and F insulation systems.